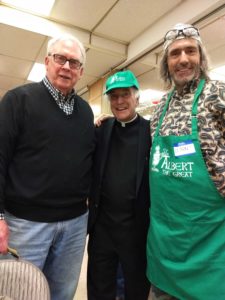 Lenny volunteering at his church.

Smith Engineering is happy to congratulate Lenny Klosinski on 25 years of service. Lenny started at Smith in January of 1993. Lenny is a Service Technician/Electrical Specialist and has traveled the world installing equipment systems for Smith Engineering.

Lenny’s philosophy is, “be grateful for what you have”. His philosophy is even more poignant as his greatest challenge is his current battle with cancer. Lenny says, “I’ve had a lot of battles but having to go through cancer has been the biggest.”

Lenny’s career with Smith began with Harm Rand at the helm. As Harm said, “Lenny did a very good job of wiring electrical panels during my time as president of Smith Engineering. He did all the electrical work on the Jabil systems throughout the United States and Mexico.”  Harm recalled a funny story, “when he was in Mexico installing a Jabil water system, Lenny told how the local electricians would put a bare hook on the end of electrical cables and then somehow attach them to the overhead power lines.” Harm always admired the respect Lenny had for his parents and others. “He was always very respectful of Charlotte, former Office Manager at Smith, and I.” Lenny shared mutual admiration for his former employers, stating, “Harm and Char are like family. Harm was like a dad.”

Lenny recalls when Lowell Christiansen (Sales/Technical Support at Smith) were in Mexico for Jabil. The floors were being epoxied and weren’t quite ready for them to install a new water system. Jabil flew Lenny and Lowell to Puerto Vallarta for the weekend where they decided to charter a fishing boat for the day. It was their first time ocean fishing, and Lenny reminisced how they “caught Blue Fin and Tuna like it was going out of style”. Lenny said that by the end, “our arms were sore from reeling in all the fish!” 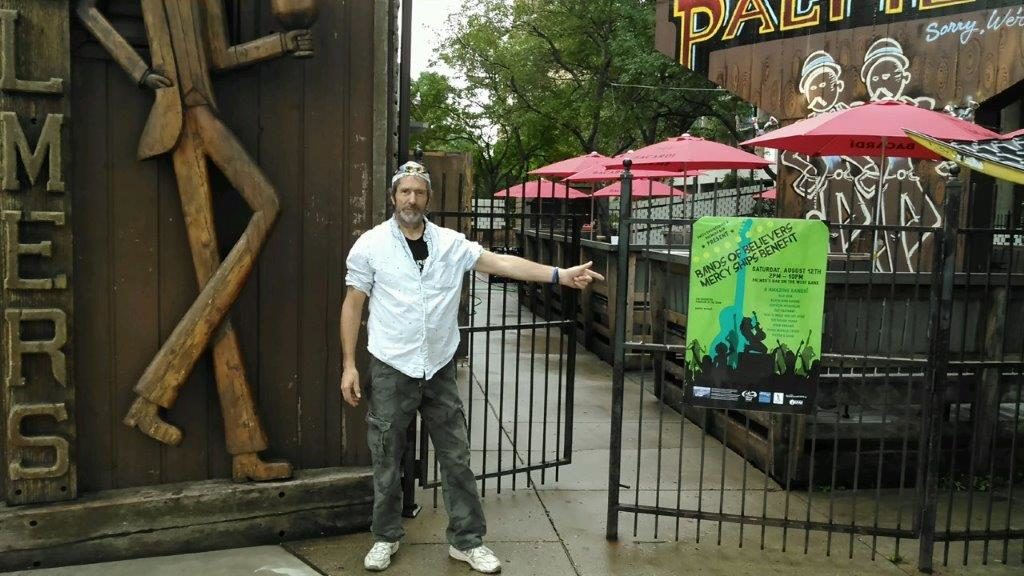 Bob Lucas, VP of Operations and owner, reflected, “Lenny is organized and was almost solely responsible for the Mercy Ships Fundraiser at Palmer’s Bar last summer” (Raising over $2,500.00). Bob also commented, “Lenny makes friends of our customers. They request him”.  Bob and Lenny went to Puerto Rico last fall to assess the needs of Smith customers after the hurricane. “I enjoyed my trip to Puerto Rico with Lenny after Hurricane Maria. Traveling the island to our customer’s facilities was a great adventure made better by his knowhow. Lenny is a very skilled and experienced service technician who enjoys international work because of the experiences they provide.”

Coworker, Lowell Christiansen, stated, “Lenny is a very hard working and knowledgeable individual.” Lowell also commented on their Smith work trip to Mexico. “Lenny is fairly thrifty. We always laugh about the time we were sent to Mexico to work at Jabil. The room was not ready yet so they sent us to Puerto Vallarta for the weekend. We went to a flea market to burn some time and Lenny found a hand carved chess set. Lenny would not pay what they were asking so we left. Before we got very far away, here came the vendor running as fast as he could to say he would take what Lenny offered. We played chess nearly every evening for entertainment.”

Lenny is very proud of his children. He has a daughter, Ansley, a graphic designer who lives on the St. Croix in Hudson. She has two children, Vincent (8 years) and Nina (3 years). Lenny also has a son, Tyler, who lives in Colorado and is a chef for big Casino.

Lenny’s hobbies include riding gas powered scooters in the summer and amateur radio year-round. He has friends worldwide from his amateur radio hobby. His sign is KOSHF. He also enjoys procuring and playing music. Music is one thing he couldn’t live without.

Lenny has recently taken a leave from Smith to take care of his health. “I’m going to miss it.  I enjoyed working with customers and traveling. I have friends all over the world because of Smith.”

Lenny has been a dedicated and hard-working technician for Smith Engineering. He proved time and time again to be an asset to the company and customers. He is greatly missed by co-workers and customers alike and we wish him the best.

Next post
Welcome, Bee Mousa!
Manage Cookie Consent
To provide the best experiences, we use technologies like cookies to store and/or access device information. Consenting to these technologies will allow us to process data such as browsing behavior or unique IDs on this site. Not consenting or withdrawing consent, may adversely affect certain features and functions.
Manage options Manage services Manage vendors Read more about these purposes
View preferences
{title} {title} {title}