In Employee
By admin

“Wicky” is a household name synonymous with D.I. regeneration here at Smith Engineering. Robert (Wicky) Wickenhauser has been regenerating Smith’s D.I. tanks since he began working here on March 7th, 1983.  It is with mirth that Wicky recalls he was told at the age of 25 that, “in a couple of years machines will do all the regenerations. The wet room work will go away”. Some 34 years later, Wicky is still running Smith’s regenerations.

Wicky grew up in Chaska, MN and felt lucky to live in a city where the job market grew. His philosophy is “If there is a will, there is a way”. Wicky has learned to work with and for other people over the years even if it was challenging at times. When asked, “what was the weirdest job you’ve ever had?” Wicky responded, “this is practically the ONLY job I have had” and he cannot imagine what he would do for a career if he weren’t doing this. He defines success as “sleeping without worries”.

Wicky learned the importance of some of the products our customers produce when he had a child that received a heart valve with a carbon ring that was manufactured by Smith customer, known at the time as, Guidant. The correlation between the process Wicky did for Smith which, in turn, enabled a Smith customer to manufacture a highly sanitized medical part that benefited his child is compelling. Wicky noted that one year his child was hospitalized over Christmas and when they brought her home she had been given over 25 teddy bears by medical device companies; many of them Smith customers.

Wicky has an outstanding reputation as hardworking, honest, dependable, and self-reliant. Former owner and a founder of Smith Engineering and the guy who hired Wicky all those years ago, Harm Rand, stated: “Wicky is honest, dedicated and a reliable employee. A good family man and the BEST resin regeneration technician anywhere”.  Current president, Tom Devereux, also stated, “Wicky is a very hard worker. Regenerating D.I. has a technical aspect but it also has an art form side. Wicky excels at both sides.” Tom also commends his work ethic, knowledge of D.I. exchange regeneration and dedication to his family. His coworkers admire his good attitude when they throw a bunch of work his way. “He always finds something to do to keep the D.I. plant working and running smoothly for the next day of craziness,” says Wes Werner, Smith D.I. Operations manager. Wes also stated, “he knows so much about what he is doing that we rely on him more than he knows…because nobody knows the tricks that he comes up with!”. “Wicky is great at what he does, especially when we have to problem solve to make day to day operations work.” Wes recalled a funny story about Wicky, “he took me out to deliver tanks my first week here and we went to Bayport and the whole ride he was telling me where all the customers were along with all the Dairy Queens!!!”.

One thing Wicky couldn’t live without is his family and friends. He has been married for 33 years and has seven adult children and two grandchildren. Some of his children love to jet ski, others paddle board, and one even windsurfs; “but,” Wicky says, “when I’m done with the water room for the week, the last thing I want to do is be in water!”

As you can see from the selfie photo Wicky provided, he and his wife, Margaret, clearly have a good sense of humor. Having raised seven children, they have had to deal with many mishaps and a sense of humor has been key. 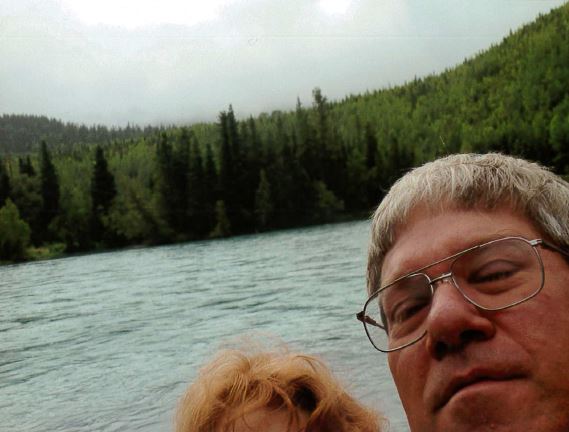 Next post
Two Recirculating Distribution Loops
Manage Cookie Consent
To provide the best experiences, we use technologies like cookies to store and/or access device information. Consenting to these technologies will allow us to process data such as browsing behavior or unique IDs on this site. Not consenting or withdrawing consent, may adversely affect certain features and functions.
Manage options Manage services Manage vendors Read more about these purposes
View preferences
{title} {title} {title}