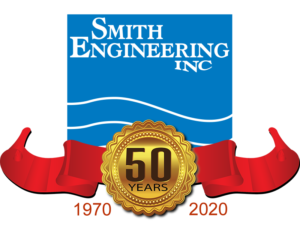 We couldn’t have done it without you!

Thanks to our business with you, 2020 marks Smith Engineering’s 50th year.

In this unprecedented year we have you to thank for trusting us to deliver exactly what you need when you need it. 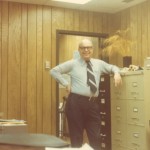 In September of 1970 Dick Boquist and Warren Smith formed a company named Research Aquatics Inc. Combined, the two owners had 47 years of experience in the water treatment industry. The goal of the company was to provide individual solutions to manufacturers with water pollution problems and build and design equipment for fish hatcheries and live bait transport. Harm Rand was hired to provide installation and service of the equipment. During the next two years a gravity flow regeneration system to regenerate exchange-tank deionizers was built and the exchange-tank deionized water business was initiated with a small number of accounts, one of the earliest being The Peavey Company. Research Aquatics did a few iron filtration systems for bait dealers and started to get into the residential water softening market.  However, the business did not grow fast enough and the company began to fail.  Mr. Boquist then left the company, leaving Mr. Smith in charge. 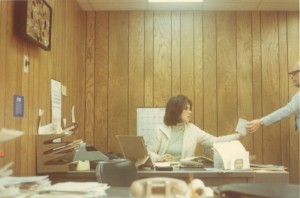 In 1972 Warren Smith proposed a way to continue in business.  The proposal was that he would start a company called Smith Engineering and Harm Rand would start a company called Deionization Service. These two companies assumed the debts incurred by Research Aquatics. The two companies operated with Mr. Smith doing the sales for Deionization Service Co. and Mr. Rand doing installation and service for Smith Engineering Co.

In 1974 Mr. Smith and Mr. Rand agreed to put the two businesses together as a corporation, and became partners, taking the name Smith Engineering, Inc.  The philosophy of the company from the very beginning has been to build systems that solve specific water problems for the customer and provide the very best service possible with a dedicated group of employees.

The company continued to grow in sales and add employees.  Warren Smith passed away in August of 1981.  Smith Engineering then purchased Warren Smith’s stock from Mrs. Smith and Harm Rand became President of Smith Engineering in February of 1982.  Rita Smith continued as head of the accounting department until her retirement when Charlotte Rand took charge of accounting.  Under Mr. Rand’s direction, the Company started a Profit Sharing and 401-k Plan and provided a generous Health Insurance program for employees and their families. 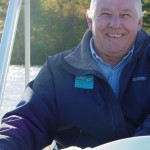 In 1990 Tom Devereux joined Smith Engineering and initially helped to increase sales of exchange tank deionizer rental systems.  Smith Engineering developed the Aqua-System Recirculating Deionizer.  This system was designed to be used by contract manufacturers to clean surface mount circuit boards and Tom was very involved with sales of the system.

In 2008 Bob Lucas joined Smith Engineering and added a distribution arm to the company, focusing on consumable supplies for customers.

In 2014 Jake Weiers joined Smith Engineering. Jake’s strong design engineering abilities and problem-solving skills has afforded Smith the opportunity to design many unique systems for large customers around the world. Jake became a co-owner of Smith Engineering in 2018.

The business has experienced significant growth over the past few years and has increased its presence nationally and internationally.  Smith Engineering Inc. customer base now extends across the United States and also reaches Canada, Puerto Rico, Costa Rica, Brazil, Mexico, South Korea, Singapore and Ireland.

Are you ready for more details?

Contact Us
Manage Cookie Consent
To provide the best experiences, we use technologies like cookies to store and/or access device information. Consenting to these technologies will allow us to process data such as browsing behavior or unique IDs on this site. Not consenting or withdrawing consent, may adversely affect certain features and functions.
Manage options Manage services Manage vendors Read more about these purposes
View preferences
{title} {title} {title}