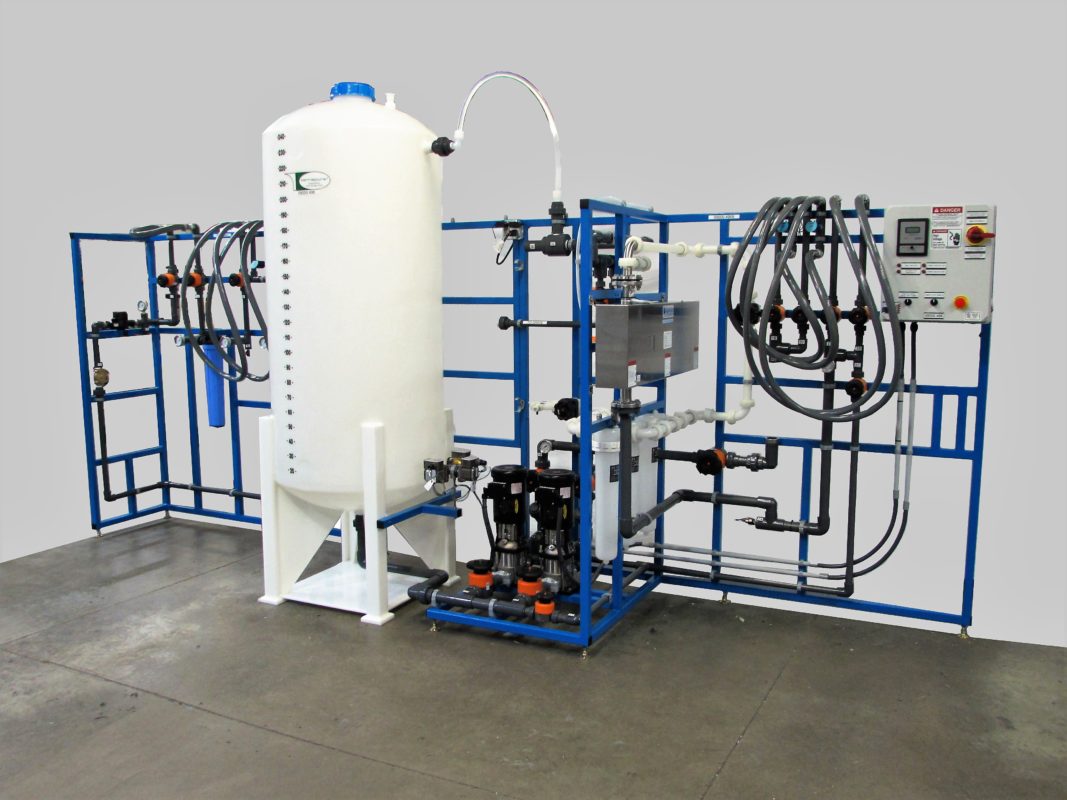 When Abbott Labs contacted Smith VP of Sales, Bob Lucas, to support their purified needs at a Midwest manufacturing facility, he didn’t know exactly what he was getting into.  Smith Engineering was being brought into the middle of an arrangement between a customer and their traditional vendor who was not meeting expectations.  After visiting the site, Bob realized that the facility was for a number of reasons “set in their ways” as to what the system should consist of.  Although the design provided to Smith Engineering was not typical of their approach to USP Purified Quality Water, Smith Engineering was able to create enough design modifications to be comfortable with the outcome and still keep the changes to a minimum to support Abbott’s system validation efforts.

“Most importantly, the folks at Abbott gave us what we wanted from a design standpoint in the distribution piping.  Without that, we would have been leery of guaranteeing and kind of water quality specification.”  Dual 10 gpm systems with a combination of Saint-Gobain and Asahi piping were installed to complete the project.

Smith proud to be in a Corporate PartnerSHIP with Mercy Ships!

Next post
Smith proud to be in a Corporate PartnerSHIP with Mercy Ships!
Manage Cookie Consent
To provide the best experiences, we use technologies like cookies to store and/or access device information. Consenting to these technologies will allow us to process data such as browsing behavior or unique IDs on this site. Not consenting or withdrawing consent, may adversely affect certain features and functions.
Manage options Manage services Manage vendors Read more about these purposes
View preferences
{title} {title} {title}